2. Thinking about the Revelation of God 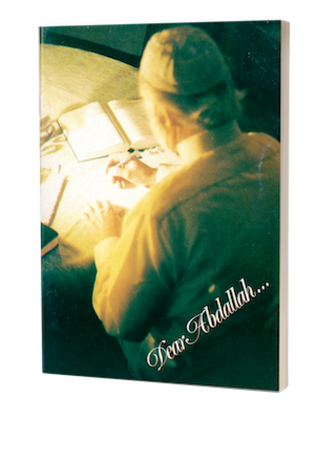 Dear Abdullah,
I knew I would be right in expecting your reply straight from the heart. Thank you!

I acknowledge your sentiments and do not doubt your sincerity for one minute. Sincerity must be the foundation of any conversation regarding God and our relationship with Him. However, it must be linked to established facts. We have to ask the question: Is what I sincerely believe, really and factually true? A mother may sincerely believe in the innocence of her son that has just been convicted of a crime. But is he innocent, because she believes that he is? Not the sincerity of our belief will determine that, but an investigation of the evidence. Sincerity cannot change error into truth.

You state that you have deeply rooted reservations about the trustworthiness of today’s version of the Bible. While I somehow expected this, it still surprises me! Let me try to respond to your suspicion. First of all, we will have to make a distinction between established facts and our interpretation of these. What Islam never permitted, happened to Christianity. For the last couple of centuries Bible critics, many of them theologians, had the liberty to table and propagate their critique, which was often based on quite extravagant interpretations. These reflect their expedient, personal convictions and opinions by which they interpret the Bible.

However, books like the Bible or the Qur’an, are believed to be of divine origin. They should not be interpreted randomly, and not be subjected to personal opinions. Islam has always resisted a critical study of the Qur’an. Christians, with a much older and also more extensive Scripture, were and are very conscientious not only to preserve the old manuscripts physically, but also the original meaning of the words, idioms and phrases that make little sense when only the words are known.

What is called textual critique is the science, which is established to determine the exact text of an original document, and to sift out any possible corruption of a given text or any copy mistakes that might have slipped in over the many centuries in which these manuscripts have been copied by hand.

Just imagine how a linguist in two thousand years from now will be baffled when he discovers an old letter in which the writer tells his friends that yesterday it was raining cats and dogs, and now he feels a bit under the weather. His cousin was first beating around the bush, and when he attempted to steal his thunder, he was barking up the wrong tree. Fortunately, that happens only once in a blue moon. A dictionary would offer little help here.

In addition, words change their meaning. When just a hundred years ago a young man would say that he is gay, it meant that he was happy. What it means today I do not need to explain to you. Some words ‘died out’. They are unknown today, like the Hebrew word ‘selah’ in the Psalms of David, which was likely to be a musical term, for the Psalms were also sung.

But during the last two centuries other, liberal, scholars attempted to ‘reinterpret’ the Bible.

The so called ‘historical critical method’ is of quite a different nature. It attempts to ‘correct’ a text by assessing its feasibility, if I may put it this way. The Bible teaches, for instance, that the Jews went through the Red Sea on dry foot, or that Jesus was born of a virgin, that He walked on a lake and raised dead people to life. Since that is [humanly] impossible, reason the critics, one has to classify such a text as a myth. By various ways and means their pens have censored the Bible of anything that could be classified as supernatural.

Being aware of man’s inclination, it had to be expected, that such a  critique would undermine the fear of God, and contribute to the spiritual decay in what is now called ‘the Western world’. Intentionally or not, these critics made their own finite minds the judge over the infinite God, assessing and stipulating what He did, and what He ‘could not have done’. This resulted in a very human interpretation of the divine Book and its Author. The unheard-of happened. God was criticised by His creation, and was verbally stripped of His eternal attributes. Encouraged by the media, people took this to be a licence to live according to their own judgement and their own lust. Now the vast majority of the people ‘in the West’ live God-less lives. We call that ‘secular humanism.

At least by now you must have learned, never make the mistake to assume that Europe, America, and other nations are ‘Christian’ countries. They are not! Yet, in them, as in Africa, Asia, and Australia, live those who are totally committed to God. Only they deserve to be named after their Saviour: Christ.

Coming back to the Bible: While we know of occasional copy errors, we can be sure that these in no way influence or distort the message and meaning of God’s Word. Actually, we consider it a miracle that the biblical manuscripts, which have been copied by hand over periods of up to 3 000 years, are so remarkably preserved.

We are astonished that many Muslims use the liberal arguments to propagate the   the falsification of the Gospel, while they refuse to apply a much needed text critique to their own scriptures. They completely ignore the fact that, although the Qur’an is of a considerably younger date, it has similar, if not more, complex problems. I am aware of the explosive character of this statement, but it cannot be more offensive to you than many Islamic statements concerning the Bible are to us. In short, I suggest we will have to play by the same rules. Muslin doctors who propagate that the Bible was corrupted also overlook the fact that most eminent Muslim theologians like al-Tabari (died AD 855), al-Bukhäri (died AD 870), as well as al-Ghazzäli (died AD 1111) believed in the authenticity of the (Greek) Gospel text. And that is what the very message the Qur’an promotes:

“Say ye: We believe in Allah, and the revelation given to us, and to Abraham, Ismail, Isaac, Jacob, and the Tribes, and that given to Moses, and Jesus, and that given to all prophets from their Lord: we make no difference between one and another of them.” (Surah al-Baqara 2:136).

“Say: we believe in the revelation which has come down to us and that which came down to you” (Surah al-Ankabût 29:46).

These texts make it quite clear that at the time when the Qur’an was written down, there was no suggestion anywhere about a possible corruption or unreliability of the Bible. Anyone propagating such falsehood or fabrication, will not only contradict the Qur’an, but will also have to provide an answer to questions like: WHO changed or corrupted the Bible? WHEN was the Bible corrupted? WHERE is the original, or evidence that shows that there was such an original? So far I have not heard an answer to these.

If the Bible was corrupted before or at the time of Muhammad, the Qur’an would hardly have spoken of the Bible as the Word of God. Had the Bible been changed or corrupted afterwards, the many existing old manuscripts that predate Muhammad by hundreds of years, would give abundant proof that no changes had sneaked in. Besides, we have just read from the Qur’an that the Bible is God’s Word. We should add, also from the Qur’an, that “no man can change the words of God” (Surah 6:34 and 10:64). We do have to ask what Muslim critics of the Bible are trying to achieve by this deception.

Some Muslims reason that the Qur’an does state that the Bible was distorted. They quote:
“Ye People of the Book Why do ye clothe truth with falsehood, and conceal the truth, while ye have knowledge?” (Surah Al-Imran 3:71).

“There is among them a section who distort the Book with their tongues: (as they read) you would think it is part of the Book, but it is not part of the Book.” (Surah Al-Imran 78).

These passages say nothing more than that the Bible, rendered by the Jews of Medina in public, as the context suggests, was distorted with their tongues, not with their pens. Else the Qur’an would not suggest that Muslims should ask the People of the Book, Jews and Christians, about the content of the Bible:

We may well ask, why so many Muslims believe that the Bible was corrupted, when history, archaeology and the Qur’an deny this? The answer seems to be rather intriguing.

Ibn Khazem (died AD 1064) ruled the South of Spain for some time as the vizier of the caliph. When reading the Qur’an he came across a verse that referred to Jesus speaking of Good News of an Apostle who was to come after him and whose name should be Ahmad (Surah As-Saff, 61:6). The meaning of this Arabic word is similar to the meaning of the name ‘Muhammad’. He must also have read about “the unlettered prophet (i.e. Muhammad) whom they find mentioned in their own (Scriptures); in the law and the Gospel” (Surah  Al-A’raf, 7:157). So he began to search the Bible for these clues about Muhammad. Probably to his surprise, he did not find them. What he did find, however, were a number of contradictions between the two Books, both of which were assumed to have come from the same divine source. You can see the problem ibn Khazem was facing. Both the Bible and the Qur’an are stated to be Word of God – and they contradict each other.

Ibn Khazem’s decision was not to question the integrity of the Qur’an. He rather assumed that since the Gospel should agree with the Qur’an, and because Muhammad had spoken so highly of it, the existing Gospel text must have been falsified by the Jews and Christians. This assumption may well display his zeal for the Qur’an, but it is not based on historical facts.

Since then Muslims have questioned the integrity of the Bible. Their argument is not only contradicted by the Qur’an, but also by the ever increasing strong archaeological and historical arguments, which support the genuineness of the Bible. Besides, why should anyone, for any reason, attempt to change the Word of God?

Perhaps this letter has helped you to take a glimpse at what most Muslims seem not to know. Practising Christians have a very special place for the Bible in their hearts and lives. It is God’s love letter to them.
​
I take it that you are a believing Muslim. Therefore, what I wrote here is likely to hurt your soul. I must assure you that it is probably equally painful for me to write on what appears to be negative about the source of your deepest convictions and devotion. But I am sure that our concern to believe and practise the Truth of God will enable us to overcome some tensions and even hurt feelings, on our common journey. I hope that my next letter will not be as technical, and in a way negative.

I hope and trust that this letter finds you well and in good health. Please answer soon!
​
Warmest greetings!